Early in the morning you will be picked up from your hotel or airport and depart to Samburu National Reserve located in the Northern Kenya. On the way, you will enjoy a variety of views, from the city to plantations, mountainous and flatlands.

You will travel across the equator from the Southern to the Northern Hemisphere, and onward to the semi-arid region of the Samburu Game Reserve. Samburu is wild and rugged, fiercely beautiful with its arid savannahs watered by the Uaso Nyiro River.
We arrive in time for lunch at the lodge/camp, after lunch you will have some time to relax before you go for a late afternoon game drive.

Dinner and overnight at Samburu Sopa or Similar

We will spend the whole day exploring the Samburu Game Reserve on two game drives – early morning and afternoon game drives. The game reserve is renowned for its rare Northern-Kenya animal species, the long-necked gerenuk, Grevy’s zebra, Somali Ostrich, reticulated giraffe, and Beisa onyx which are not found in the other popular parks and reserves in Kenya.

It is also home to all the African big cats (lion, cheetah and leopard), alongside other big game including elephants, buffaloes, warthogs, hippos, impala, water-buck and many others.

Birdlife is as plentiful as wildlife at Samburu National Reserve, which boasts over 350 different species of birds including vultures, kingfishers, marabous, bateleurs, guinea fowl, tawny eagle, guinea-fowll, Verreaux’s eagle and among others.

The Samburu Reserve was one of the two areas in which conservationists George and Joy Adamson raised Elsa the Lioness. Their story was made famous by the bestselling book and award-winning movie “Born Free”.

A cultural visit to the local Samburu people who have a rich and colorful heritage and also depend on the cattle, goat, sheep and donkey can be arranged.

Dinner and overnight at Samburu Sopa or Similar

This is our last day in the Samburu Game Reserve after breakfast at the lodge; we depart for Ol pejeta also known as Sweetwaters Game Reserve.

Ol Pejeta is a privately-owned 90,000 acre wildlife conservancy, sitting on the equator, high on a plateau, between the foothills of the Aberdares range and Mount Kenya.

We arrive at the camp/ lodge in time for lunch followed by some leisure time and then later we embark on an afternoon game drive across the vast savannah grassland.

Ol pejeta has a variety of animals, including the "Big Five", as well as many birds. On a clear day, usually in the morning, you may see a panoramic view of Mount Kenya and its snow-capped peaks.

The conservancy is committed to conservation and has a number of projects to protect endangered species, including white and black rhino.

Visit the Jane Goodall chimpanzee sanctuary which is home to primates who have been rescued from abusive or captive situations. There are a number of unique experiences which you can add to a safari including a night game drive, game walk and lion tracking.

In the evening we make our way back to the camp/lodge for dinner and overnight.

Dinner and overnight at Sweetwaters Serena Camp or Similar

After breakfast we depart for the Aberdare Country Club, nestled on the slopes of Mweiga Hill arriving in time for lunch. After lunch you will be transferred by the lodge vehicle to the Ark Tree Lodge set in the heart of the Aberdare National Park.

You can put in a request to be awakened during the night if your favorite animals show up. A herd of Elephants might be just feet away and if you are lucky, a leopard or large male Lion might put in an appearance.

Dinner and overnight at The Ark Lodge or Similar

Early morning viewing of animals at the lodge deck as you enjoy breakfast and later you will be transferred to the Aberdare Country Club/ the Outspan Hotel. The driver will pick you drive back to Nairobi with a drop off at your hotel or at the airport. 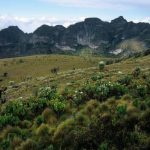 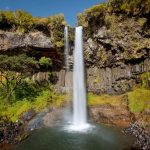 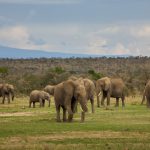 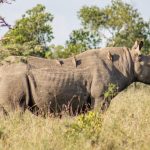