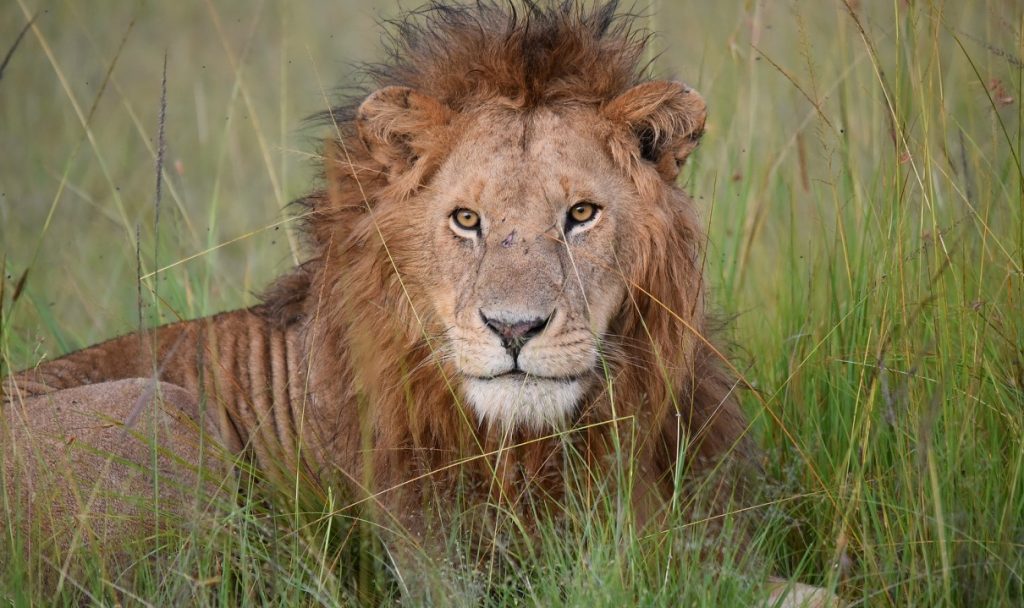 Masai Mara National Reserve is considered a “must see” for any new visitor traveling on a safari to Kenya. It is on the “to do” list for many Kenyans and visitors alike because the park is graced by a wide variety of unique and exquisite wildlife and birds.
Maasai Mara derives its name from the indigenous people of Kenya – the Maasai tribe – and the Mara River that cuts through the park.

The Masai Mara provides the best view of the famous wildebeest migration as the animals cross the Mara River between July and August.
The Mara is also home to the richest concentration of wildlife, including the “Big Five” (elephants, lions, leopards, rhinos, and buffalo), zebras, antelope, gnus, Oribis, hyenas, giraffes, warthogs, gazelles, hartebeests, hippos, crocodiles and others. The park has the largest concentration of African lions, including the black-maned lion.

Best time to visit Maasai Mara
The months of December – March and July – October have very pleasant weather and are by far the best months to visit the Masai Mara National Reserve. April through June are also good months but might be rainy or cool.

The vast Masai Mara reserve is located at an altitude of between 4,875 and 7,052 feet above sea level, giving it a damp climate and more moderate temperature than most of Kenya. Daytime temperatures run at 85°F (30°C) ) maximum and night temperatures can drop to around 60°F (15°C). Most rain falls between March and May and during the short rainy season in November and December. The park may be difficult to navigate at these times.

Between July and October the weather is dry, the vegetation is lush and the daytime temperatures are pleasant, making it the best time to see the park’s wildlife. The Masai Mara experiences the highest tourist numbers during this period. Hot temperatures peak between December and January while June and July are the coolest months at the park.

Game viewing The Masai Mara Game Reserve is one of the best places in Africa for wildlife viewing. Game drives are a great way to experience the park and they take place all year round. If the big cats are what you’re looking for on your Kenyan safari, you are guaranteed to spot them at the Mara.

All of the “Big Five” animals (elephants, lions, leopards, rhinos, and buffalo) can be spotted here. However, the population of black rhinos is severely threatened with only 37 black rhinos left as of 2000. Herds of plains zebras are found throughout the park, as well as Masai giraffes, common giraffes, jackals, white-bearded gnus, Oribis, warthogs, Thomson’s and Grant’s gazelles, hartebeests, hyenas, bat-eared foxes, rare Topi antelope and beautiful rone antelope, as well as hippos and crocodiles in the Mara River

Wildebeest Migration Over 1.5 million wildebeest, zebras and several species of antelope Wildebeest crossing the Mara – a big attraction in Kenya make an annual circular tour between the Serengeti in Tanzania and Masai Mara in Kenya in search of greener pastures.

The trek happens with a fair share of animal drama as the migrating herds attract the attention of hungry predators – the hyenas and lions that prey on the lame and sick animals along the way. The animals trek for four months (July-October) towards the Mara. The months of July and August are the best times to see what is truly the world’s most spectacular wildebeest migration and the dramatic sights that occur during the mass crossing of the swollen Mara River.

Hot Air Balloon rides Kenya Balloon Safari, Masai Mara National ReserveFor the adventurous tourist who wants a sky-high view of wildlife from the air hot air balloon rides and safaris are the best way to travel over the massive Masai Mara park. Hot air balloon rides last approximately an hour and a half and often take place at dawn. You will get a great view of the animals while you glide above them. Breakfast is prepared on the balloon burner upon landing.

Maasai Cultural Tours You could step back in time and visit a Maasai village where you get a chance to interact with the Maasai people in their traditional setting and experience their culture. Often the Maasai morans (young Maasai warriors) will perform their traditional dance. You also get an opportunity to purchase traditional Maasai souvenirs, art and collectibles.